Music in the Garden

Music in the Garden

Stay tuned! Check back for 2020 dates and performances to be announced.

Music in the Garden is made possible with support from:

Special thanks to the NYC Council Speaker, the Queens Delegation of the City Council, and Council Members Koo, Grodenchik, Vallone, and Ulrich.

The Ladybugs’ music features the dreamy, dulcet tones of voices and trombones. Lead by Martina DaSilva, their unique instrumentation of two lead singers, two trombone players, guitar, and bass allows for a lush sound that uplifts all audiences.

Sunday, August 18, 4 to 5:30pm ● Included in Garden admission
People of Earth is a 15-member global music orchestra set on blurring the barriers between the great art forms of the terrestrial sphere, and creating an explosive blend of the music of Cuba, Puerto Rico, Brazil, and beyond.

LARA HOPE AND THE ARK-TONES

Sunday, September 22, 4 to 5:30pm ● Included in Garden admission
Lara Hope and the Ark-Tones are New York’s premier roots rock ‘n’ roll, rockabilly, rhythm & blues outfit. A new take on an old sound, they’ve been described as ‘pan-americana,’ the incorporation of many areas of early rock and roots music as a creative launchpad.

Cover Story Doo Wop is a real New York City doo-wop group that sings on the streets and parks of New York City. With four singers and an upright bass, Cover Story gives new life to the top hits of the 50s, 60s, and 70s!

This event has been cancelled. We apologize for any inconvenience. 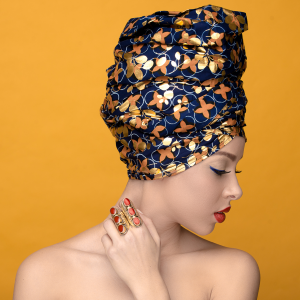 With a dancer’s grace, Riva Nyri Précil moves between Haiti’s spiritual and artistic traditions and a striking, worldly perspective forged in Brooklyn. Born in New York but raised in Haiti, her visual and sonic world is profoundly hybrid and utterly beautiful. Précil’s works springs from Racine, a contemporary iteration of the Vodou songs, rituals, drumming, and movement designed to engage the spirit world to bring healing or ward off negative events and energies. Racine incorporated rock; with her band Bohio Music, Précil folds additional elements into racine: vocal jazz, soul, touches of R&B. 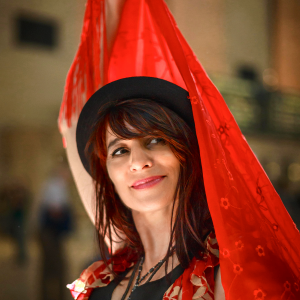 Based in Brooklyn, Marta Hernández (aka Mar Salá) is an international singer songwriter from Seville, Spain. With the collaboration of many accomplished musicians from all over the world, she mixes Latin sounds such as Rumba, Flamenca, Brazilian rhythms and Spanish Pop, with Swing and Rock. Marta’s original compositions are a cross over between the Flamenco air of Seville and the eclectic sounds of NYC. She names her music SPANYC music (Spain meets NYC). 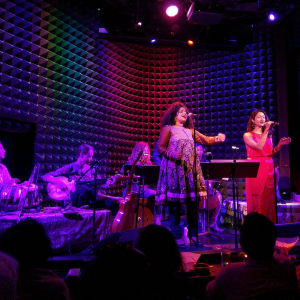 Women’s Raga Massive, a Brooklyn Raga Massive project, is primarily concerned with exploring and making visible the diverse creative work of female-identified artists in a musical world where those voices are a minority.

WRM seeks to create a platform for minority artists to engage in primarily musical conversations that are referential to Indian classical music and what it means to be a female artist in contemporary America. 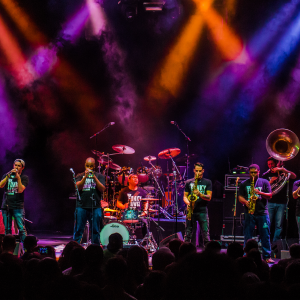 The Funky Dawgz Brass Band are one of the premier touring acts on the live music scene today. Emerging from Connecticut, these young men have engulfed the spirit and traditions of New Orleans as well as earned the respect from local musicians who grew up and reside in the city. It is impossible not to enjoy yourself during a show as they play a contagious upbeat mix of traditional New Orleans R&B, original music, hip hop, funk, and today’s top hits with a brass twist.

When the band is not playing shows they are giving back to the community. The Funky Dawgz aim to connect, engage, inspire and rejuvenate music education in inner city schools across the country. The band frequently gives performances and master classes to young musicians in elementary, middle, and high schools across the region. 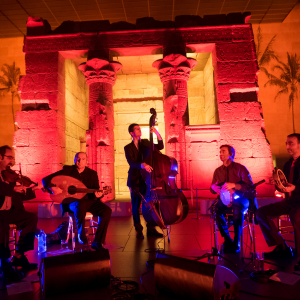 Zikrayat is an Arab music and dance ensemble dedicated to presenting together the classical music and the dance traditions of Egypt, Lebanon, and the greater Arab World, in vibrant stage productions evoking the theatrical atmosphere and dramatic depth of classic Egyptian musical cinema. Alternating vocal and instrumental numbers with solo and group dance numbers, Zikrayat’s mission is to highlight the diversity of Arab culture for mainstream Western audiences in an authentic, yet entertaining contemporary representation. 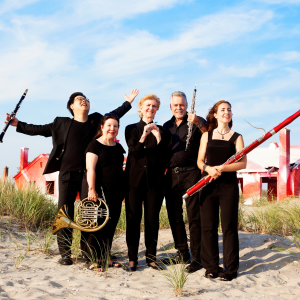 Long recognized as leading interpreters of folk and contemporary wind quintet music of North and South America, Quintet of the Americas is one of the Western Hemisphere’s finest chamber ensembles. The Washington Post has called their performances, “Musical dialogue at the highest level” and Japan’s InTune Magazine has written about them, “Their virtuosity, balances, articulation and intonation mark them as one of the world’s top wind quintets. I have never heard finer playing.” 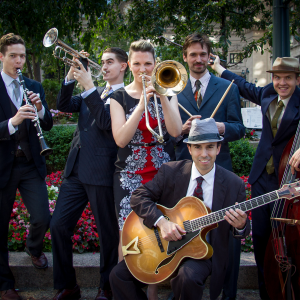 Chai Found Music Workshop (Chinese Chamber Music)
Saturday, May 27, 3:30 to 4:30pm • Free with Admission
QBG is proud to welcome the Chai Found Music Workshop (CFMW) to kick off the 2017 Music in the Garden series. CFMW is one of the most highly esteemed sizhu (Chinese chamber music) ensembles in the world. As a cultural envoy for Taiwan, the group performs contemporary classical music as well as traditional Chinese and Taiwanese music in Asia, Europe, and the Americas. Sponsored by Taipei Cultural Center of TECO in New York.

Quintet of the Americas (Woodwind, Classical)
Sunday, June 18, 2 to 4pm • Free with Admission • Seating is limited—first come, first served.
Quintet of the Americas, a woodwind quintet, performs “Winds of Change,” a concert about the environment with ragtime, jazz, and contemporary music, and poetry about the Earth by American transcendentalists Walt Whitman and Ralph Waldo Emerson.

Samba New York! (Samba, Brazilian Popular Music)
Saturday, August 5, 4 to 5pm • Free with Admission
Jam with Samba New York! as they perform and dance to joyful
music inspired by the famous samba schools of the Rio Carnaval in
Brazil.

Ustad Shafaat Khan
Saturday, October 21, 3:30 to 5pm • Free with Admission
Sitar and tabla Maestro Ustad Shafaat Khan is a world-renowned Indian classical musician who has performed with Stevie Wonder and has  released three historic CDs produced by Dr. Deepak Chopra. Enjoy Maestro Khan’s blend of Indian classical and folk music as he is joined by his fusion group “East Meets West” and presents music that reflects heritage that can be traced back to the sixteenth
century.