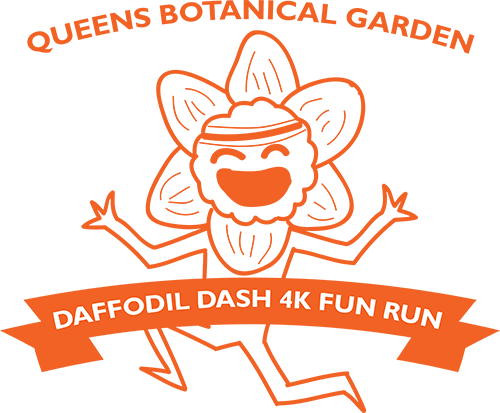 Saturday, May 4
Rain or Shine

Run, walk, or push a stroller while you enjoy the spring flowers!

All proceeds benefit the educational programs of Queens Botanical Garden.

Discounts Available for Groups of 10 or More

Discount is $5 off per participant at the Member, Adult, and Senior ticket level.*

*Discount does not extend to Child ticket level, is not redeemable with other offers, and is not valid on day of registration.

Discounts are not available in conjunction with sponsorships.

If you have any questions please reach out to a Race Coordinator via email.

Become a Sponsor or Corporate Team by April 12 to get your logo on the Event T-Shirt and event materials! Learn more.

Can’t make the event, but still want to support? Become a digital runner for $50 and receive an event T-shirt and medal! 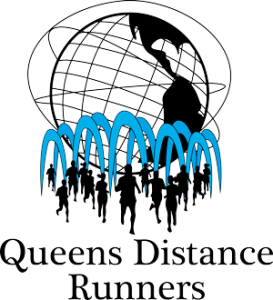 Thank you to all our in-kind donors: Durso’s, freshdirect, RETREAT, Made Good, and Boxed Water.

What is included with my registration? 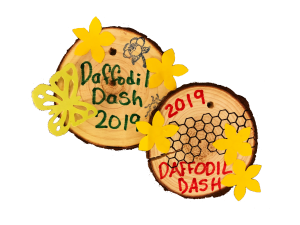 I can’t make it anymore. Can I get a refund or transfer my registration to someone else?

Race fees are non-refundable and non-transferable.  If you cannot make it on race day, we will consider your registration a donation to QBG’s educational programs.

Do I get a race package? When and where do I pick up my bib?

Bib and T-shirt pickup is 6:30 to 7:55am on event day, Saturday, May 4, 2019. After entering through the Parking Garden Gate you will be directed to the pickup area. Your participation medal and breakfast are to be picked up after you finish the Dash at the finish line lounge.

What is the deadline to register?

Registration in advance is recommended, however you can register on race day (May 4, 2019) for an additional $10. Registration closes that day at 7:30am.

Can I register a team?

Yes, there are two ways to register a team:

(See next FAQ for more information on Group Discounts)

Do you offer any discounts?

*Discount does not extend to Child ticket level, is not redeemable with other offers, and is not valid on day of registration.

How do I become an event sponsor?

Show off your company’s spirit AND garner visibility for your brand!

Yes! We need lots of help on race-day. We are offering two volunteer shifts, 6 to 10am or 8am to 12pm. Click here to register.

Do I have to fundraise?

You are not required to fundraise to participate, but we hope you will! All proceeds benefit Queens Botanical Garden’s educational programs.

The majority of all pathways at the Garden are wheelchair accessible and the Garden’s flat topography make it an excellent destination for visitors with ambulatory disabilities. If you would like to speak with a Race Coordinator please email us at [email protected]

What happens if there is bad weather?

Daffodil Dash 4K Fun Run will take place rain or shine! In the event that there is severely inclement weather, all participants will be contacted via text and email by 5am on Saturday, May 4.

Do I have to be an experienced runner to participate?

Not at all! Feel free to walk, run, or stroll through the Garden.

Are there award categories?

No, however race participants will be able to “make & take” your own Daffodil Dash Medal! 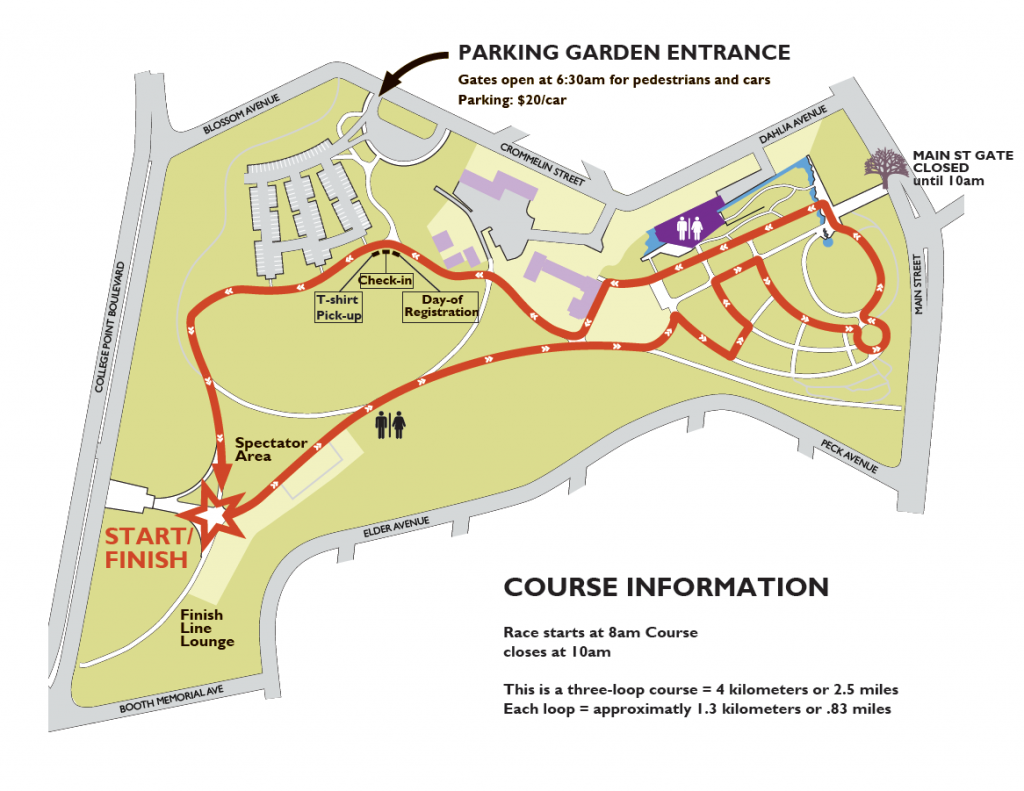 What to Bring & What Not to Bring

What not to bring:

Where do I enter on event day? Can I enter through the Main Street Gate?

Everyone is required to enter through the Parking Garden Gate at 42-80 Crommelin Street, Flushing, NY 11355. The Garden will open at 6:30am and the event starts promptly at 8am. The Main Street Gate will remain closed until 10am.

I have guests coming. Do they have to pay for Garden admission?

Garden admission is FREE until 10am, when the Main Street Gate opens.

How much does parking cost?

What is the best way to get to the Garden?

The address to the Parking Garden Entrance is 42-80 Crommelin Street.

By Bus: Take Q44SBS or Q20A/B from the Bronx or Jamaica, or in Flushing.

By Train: Take the no. 7 subway or Long Island Rail Road (Port Washington line) to Main Street/Flushing. Then take the Q44SBS or Q20A/B bus, or walk eight blocks south along Main Street. Turn right on Dahlia and continue straight toward Crommelin Street. The parking lot entrance will be on the left.

There are porta-potties available in the Arboretum (closest to the start/finish Line). Additional bathrooms are located inside and outside the Visitor & Administration Building.

Is there a bag check? (CHANGE)

We are unable to offer a bag check.

If you do bring items to the race, please leave them with family or friends that are watching from the sidelines or locked in your car.

Queens Botanical Garden and its partners are not responsible for lost items.

Can I run with a backpack or a hydration pack?

Yes, you can run with a small backpack or hydration pack. Large backpacks will need to be left in your car, with friends/family, or checked.

I have guests coming to support me. Where can they watch the run? Can they meet me afterwards? (CHANGE)

We will have areas set up at the start/finish line for spectators. Please remember that free admission ends at 10am.

Refreshments are for race participants only. Please have your guests pack food and drink.

Can I walk instead of run?

Can I run with a stroller?

Do you allow walkers? Can I walk with someone in a wheelchair?

I use a wheelchair and will participate with a Health Care Aid who will accompany me. Do we both have to pay?

If accompanying a race participant, Health Care Aids with an ID or license do not need to pay for registration. Aids will be required to sign a waiver upon arrival and will need to wear their ID throughout the event. Please reach out to the Race Coordinator in advance to arrange registration for you both at [email protected].

How long do I have to run the course? Is the run being timed?

The event is being timed by elitefeats. All participants will receive timed results for their participation. The 4K is a three-loop course; you are not required to complete the course and can complete one or two loops if you choose.

Can I bring my dog to run with me?

Unfortunately, we do not allow pets on Garden grounds, except service animals.

Are there water stations on the course?

A hydration station will be serving water at the start/finish line.

What happens if there is bad weather?

The address to the Parking Garden Entrance is 42-80 Crommelin Street.

By Bus: Take Q44SBS or Q20A/B from the Bronx or Jamaica, or in Flushing.

By Train: Take the no. 7 subway or Long Island Rail Road (Port Washington line) to Main Street/Flushing. Then take the Q44SBS or Q20A/B bus, or walk eight blocks south along Main Street. Turn right on Dahlia and continue straight toward Crommelin Street. The parking lot entrance will be on the left.

When does the event end?

The course will be closed by 10am in order to open the Garden to the general public. After-race programming will happen until 11am or until supplies last.

When do I receive my results?

You can find out your results as soon as you finish the run! Live results are sent by elitefeats via text and email, but also available online.

Where can I view the race day photos?

Check out elitefeats.com for videos and same-day finish line photos. There are also select photos on Facebook!

I think I dropped something on the course. Is there a lost and found?

Yes, we have a lost and found in the Visitor & Administration building. Speak to a receptionist at the QBG Shop.

I have a question that hasn’t been answered here.