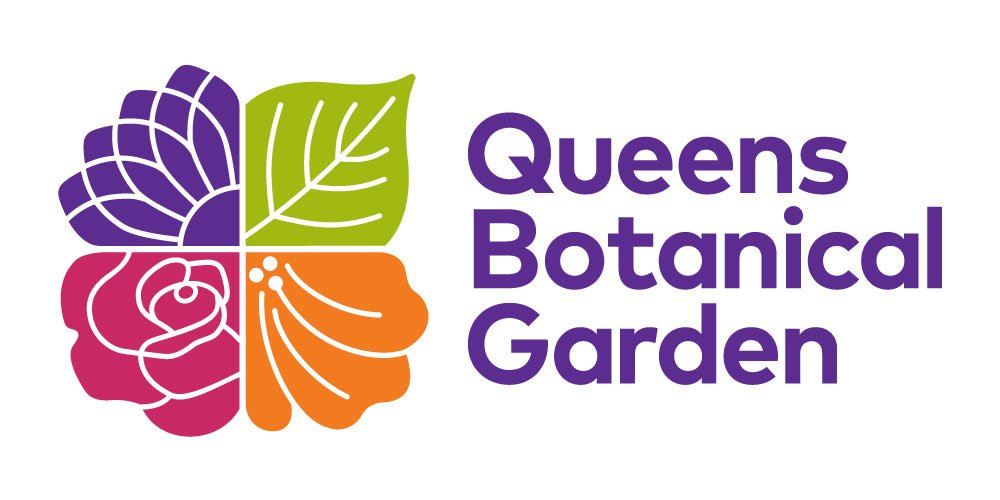 Bird Walks with New York City Audubon are included with Garden Admission. Spot and identify creatures of flight and learn how QBG provides important resources for birds like water, shelter, and insects to eat.

Below is a Q&A session with Corey Finger, who leads QBG’s bird walks with NYC Audubon. Corey is the co-owner and managing editor of 10,000 Birds, the world’s most-read birding blog!

Birds need three things to survive: food, water, and shelter. QBG has all three in abundance. Also, green spaces in New York City are at a premium and birds pack into them, so like parks and cemeteries, a botanical garden offers respite from the mean streets.

What interesting species have you spotted at QBG? Any stars of the show?

One of the most popular sightings was of a Ruby-throated Hummingbird feeding from pineapple sage growing in the Herb Garden. Other interesting sightings include: American Robins nesting, Yellow-bellied Sapsuckers drilling sap wells in the crab-apple orchard, and Golden-crowned Kinglets feeding in evergreens. The local Red-tailed Hawks are always a crowd-pleaser as well, and we generally spot at least one. In the ten walks we did in 2017 we saw a total of sixty-nine species, and eighty-one species have been reported at QBG that I know of.

Our plant collection varies drastically from season to season. Do the birds vary as well?

Drastically! Winter is when birds are at a low ebb, with only hardy species capable of surviving New York’s harsh winters. Spring brings a burst of life as birds migrate in from the south, different species travel at different times, so each walk brings a different set of migrants. Late spring into early summer is when birds nest and raise their young. Fall brings the south-bound migration, with the greatest abundance of birds as those that headed north in the spring and all of their young flood to warmer climates. It’s always worth getting out-and-about on a birding walk because no two have the same set of birds.

If I can’t make QBG’s bird walks in the morning, what are other times of day to bird hunt on my own?

Early in the morning is almost always the best time but late in the day can be good as well. Mid-day is generally the slowest as birds are quiet and moving around less, especially on hot days. But on overcast and cool or drizzly days birds often stay active all day long, especially during migration when they are fueling up for long flights at night.

How is it that Queens, an urban setting, hosts so many diverse species?

Queens, like the rest of New York State, is on the eastern flyway, a migratory path for a wide variety of species. We have the ocean, beaches, bays, marshes, ponds, forests, and, if you count reclaimed landfills, grasslands. Because the entire region is so developed the birds get concentrated in green areas and are easier to detect. Also, the volume of people looking for birds – birders – means that we find most of the rarities that show up.

What should I bring on a bird walk? Camera, notepad, etc?

Binoculars are the most important item. They don’t have to be expensive or very good, they just have to magnify what you see. If you don’t have binoculars you’ll be able to look through my telescope when we find an obliging bird that sits still. A camera is always a great way to record the cool birds we see. A notepad and pencil is always useful though many birders take notes directly onto their smartphone now. What’s most important is to bring a positive attitude and a willingness to look and listen and help find birds!

What would you say to someone to encourage them to come on their first bird walk with you?

I haven’t lost a single person yet! But, seriously, we are surrounded by amazing feathered creatures, direct evolutionary descendants of dinosaurs, and we can see a wide variety of them if we just look. The walks are included with garden admission, only last an hour, and you might see something that changes your life, or at least your perspective on life. There’s a potentially big upside with very little downside. We welcome new birders, kids, and anyone interested in seeing something cool.

What is your favorite bird you’ve seen, tell us about that experience.

I usually say my favorite bird is the last one I saw but it happens that the last bird I saw was a pigeon and I don’t think I can lie that convincingly. Recently, my favorite bird is my most recent addition to my list in Queens, a Western Tanager. It is a species that has only been recorded in the borough three times and is normally found way out west. This individual stayed for several weeks in eastern Queens. On New Year’s Day I saw it for the last time and it was close enough that I managed to take a selfie with it. That was lots of fun. 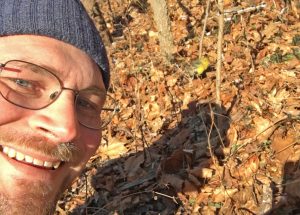 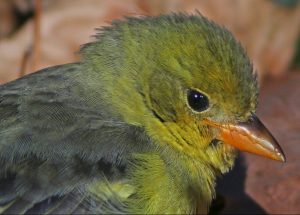 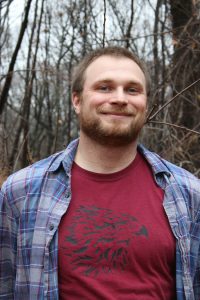 Corey Finger is co-owner and managing editor of 10,000 Birds, the world’s most-read birding blog. He’s birded on four continents, has an eye on the other three, and has been leading bird walks for six years. Essentially, when he is not working his day job as a union representative or spending time with his family he is out and about looking for birds. Corey is a life-long New Yorker who spent most of his life upstate but has resided in Forest Hills since 2008. His bird photographs have appeared on the Today Show, in Birding, Living Bird Magazine, Bird Watcher’s Digest, and many other fine publications. He is also the author of the American Birding Association Field Guide to the Birds of New York and administers the New York Birders Facebook page.

Learn more about Corey and his birding: